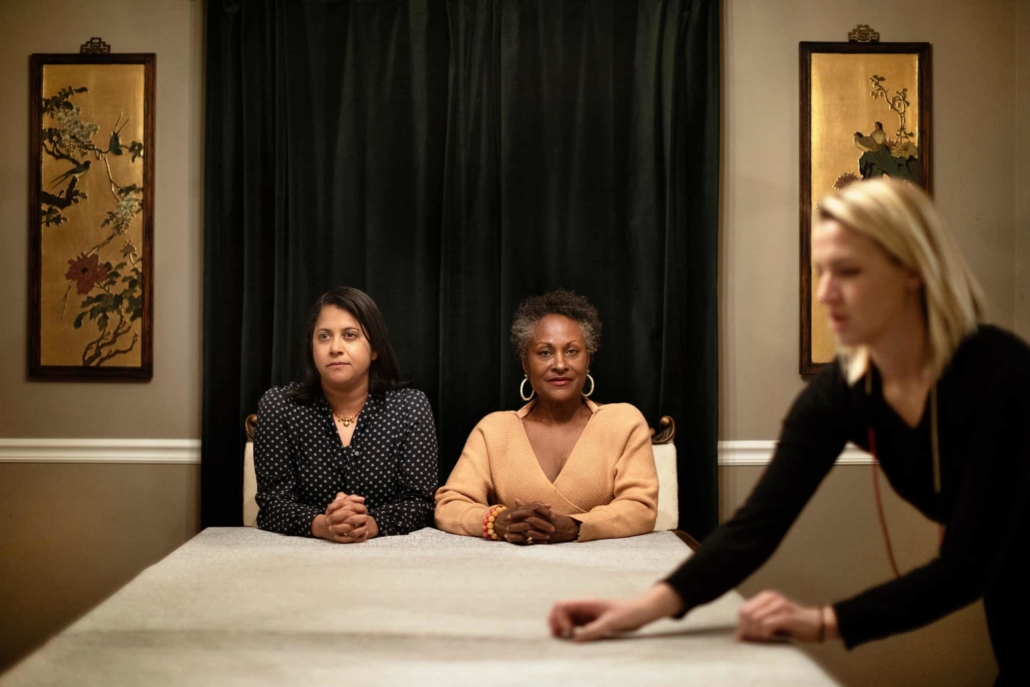 “Shift power, redistribute wealth. Invest in Black, Indigenous and women of color, then every woman rises to the top” — Saira Rao

You’re invited to dinner. On the menu is a full serving of addressing racism with a side of systemic education. And when I say “you’re,” I’m talking to white women. (Yes, all white women.)

And the sweet dessert? White women disrupting and dismantling the hate.

Saira Rao and Regina Jackson, the co-founders of Race 2 Dinner, facilitate conversations with white women about systemic racism against Black, Indigenous and women of color (BIPOC). Their goal is to reveal what BIPOC women have always seen: white privilege and white women’s complicity with being part of — and benefitting from — a racist system. The question is, are white women willing to use their power and privilege to dismantle the hate rather than to uphold it?

In Rao’s words, “The revolution is not going to happen on Facebook.” Or Instagram and Twitter for that matter. The revolution has to be served in reality, as a raw and hopefully refreshing conversation over dinner.

We met with Rao and Jackson to learn more about what inspired the Race 2 Dinner series and how they’re dismantling racism one white woman at a time. 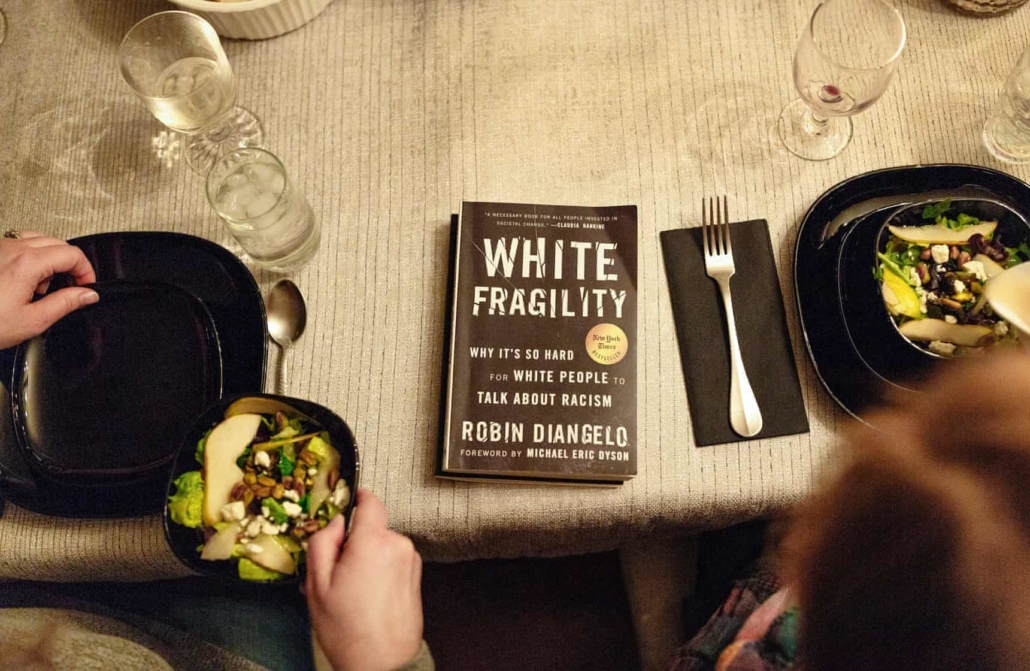 How did both of you meet?
Rao: I was running for Congress in 2018, and Regina joined my team as a volunteer for my campaign. We quickly became friends.

Jackson: We became good friends over courting voters and taking white women to cocktails, lunch, dinners to talk about race.

Tell me about Race 2 Dinner’s origin story.
Jackson: What I love about Saira is she says what everyone is thinking (as shown on her Twitter feed). Saira posted on her social feed about race — and a friend of mine, a white woman, didn’t like it at all and asked if I could set up a lunch with her to meet Saira.

Rao: I had done many of these meet-ups and had a queue of white women who had made the same request. So, we set up a dinner at one of my friend’s houses, a white woman, and Regina came with me. It was one for the books. Regina’s friend was crying, and 6-7 other white women were there. It was out of control. After dinner, I went home, and I was angry and beside myself. I spent $300 on that dinner, for what? So I posted about it on Facebook, and other white women said they wanted to host a dinner.

What topics or questions typically come up during dinners?
Jackson: Everything comes up.

Rao: White women always want to know what they can do. The big thing is that we want these women to sincerely see how racism shows up and to say out loud racist thoughts and behaviors that they have committed in the last six months, year and years. Every second of every day, we are conditioned to be racist. When you start seeing how small and big behaviors each day are racist, it becomes a lot easier to stop them.

Once you see it, you can’t unsee it.

What are some of the most shocking things you’ve heard or experienced at dinner?
Rao: At this point, nothing is shocking. Imagine if you and eight of your white women friends had dinner with eight white men to get them to speak about their own sexism. We’ve seen it all at this point. The more shocking thing is when we see change. Crying and getting defensive is not shocking.

What are things that don’t typically come up that you’d like to see more of?
Rao: We’ve shifted gears from interrogating to questioning. All of last year, it was much more combative. We stopped speaking so much and ask a lot of questions.

There are no more silent attendees either. Everyone is forced to speak up.

Do you feel like you’re making an impact and changing people’s perspectives who participate?
Jackson: I do, because I think that white people have the privilege to not have to engage—period. To be able to have a white woman say, “well, I’ve never thought of it that way,” that’s a success. If we leave a dinner, and one person says, “the next time my father says something racist, I’m taking him on.” That, to me, is success.

Do you have a ballpark figure of how many people have participated in Race 2 Dinner?
Jackson: We’ve had eleven dinners and generally have eight people for each event. So over 100 people. Also, since the pandemic, we have been doing one-on-ones with individuals, companies and colleges.

Action speaks louder than words—what are some examples of ways white women can take action?
Rao: Shift power, redistribute wealth. Invest in Black, Indigenous and women of color, then every woman rises to the top.

Support nonprofits who are founded and run by BIPOC. Stop giving money to organizations that are led by white people, even if they’re doing social justice work. We don’t need white saviors. We don’t need more white leaders. This is it. Stop picking whiteness over gender.

Jackson: I think white women can 1. — give to nonprofits that are started, run and founded by BIPOC women. Two — buy from black-run businesses. It’s part of the Critical Race Theory — put money into these businesses. Be aware of how you’re spending your money. If you give it to white men, nothing will change.

And an *essential* parting note about the usage of ‘Karen & Beckys’—
Rao: All of you [white women] are Karen and Beckys. It’s bad for white women to call other white women this term. Stop doing it!