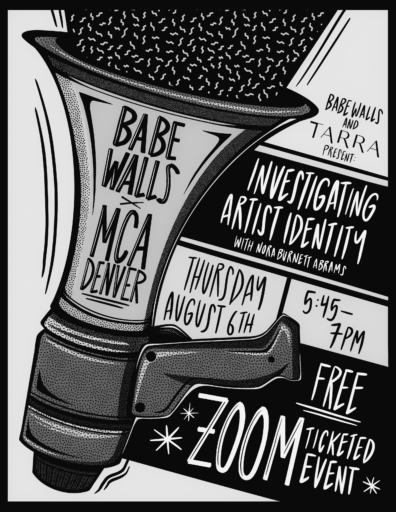 Join us for a special Art Talk with Nora Burnett Abrams, Mark G. Falcone Director of MCA Denver, and four artists from the upcoming art festival Babe Walls as they discuss identity as it pertains to their art, their creative process, and different forms of expression.

Abrams will also dive into how the experiences of the first half of 2020 have informed and re-informed the lens through which they view and approach their work—past, present and future.

This festival taking place on August 13-16, 2020 is a celebration of women and non-binary folks in art. Babe Walls was fully crowd-funded and organized as a safe place for women, who have made their name in the mural world as well as other up-and-coming female artists. Each artist is collaborating with another artist to create a work of art that shows their strengths and styles as well as the commonality of our femininity.

Visit Babe Walls for more information about this landmark festival.

Nora Burnett Abrams is the Mark G. Falcone Director of the Museum of Contemporary Art Denver. Prior to this role, she was the museum’s chief curator, responsible for its exhibition program and special artists’ projects. Her career began at The Metropolitan Museum of Art, where she worked on the Sol LeWitt on the Roof and Robert Rauschenberg: Combines exhibitions. Since arriving in Denver in 2010, she has organized over 35 exhibitions and authored or contributed to over a dozen accompanying publications. Recent projects highlighted unusual or unknown episodes in artists’ careers such as Basquiat Before Basquiat (2017), which traveled to 3 other venues, as well as the first survey of Senga Nengudi’s R.S.V.P. sculptures (2014). She curated the first U.S. exhibition of Romanian painter Adrian Ghenie (2012) and an in-depth study of Ryan McGinley’s earliest photographs and never-before-seen Polaroids (2017). Her most recent project was a retrospective of artist Tara Donovan, which traveled to the Smart Museum at the University of Chicago, and a focused presentation of never-before-seen photographs and ephemera by Francesca Woodman. She has taught art history at New York University and lectured throughout the country on modern and contemporary art. She holds art history degrees from Stanford University (B.A.), Columbia University (M.A.), and a Ph.D. from the Institute of Fine Arts at New York University.

HAVE AN EVENT IDEA?

“You may not control all the events that happen to you, but you can decide...

Your Guide to Denver Pride 2022

At TARRA, we celebrate Pride all year long, but June is the month when we... 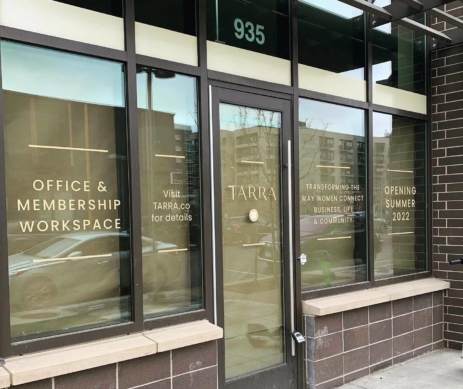 Get to Know 9+Co: TARRA’s Neighborhood

When we first began brainstorming a vision for TARRA, we knew the right community was...